Food Additives are a Major Driver Behind Today’s Obesity Problem 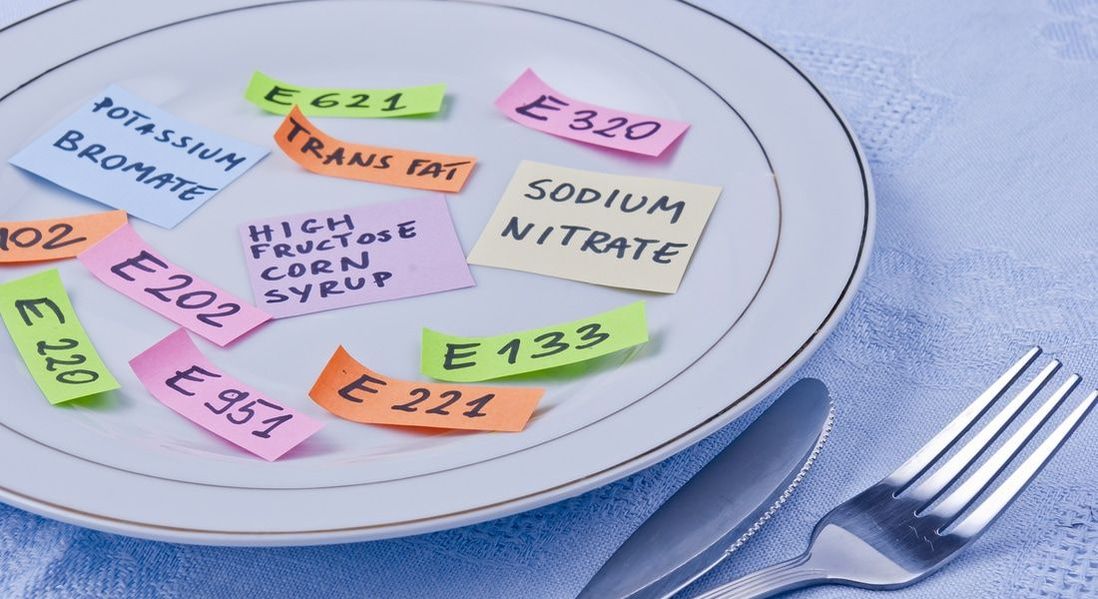 Weight loss, it’s one of the most difficult things to achieve and to maintain- especially as we age. Every week there seems to be a new fad diet being pushed on fitness-hungry consumers of all kinds of products from dietary supplements to exercise equipment. There are powerful biological reasons behind this, and the fact that we are surrounded by an abundance of food when our bodies are optimized to cope with conditions of scarcity is just part of the problem.

Adding to this is the prevalence of substances and ingredients found in many readily available foods that increase our cravings for unhealthy food, hinder our bodies’ ability to eliminate fat, and which suppress our satiation response. So much of the food we eat contains these substances which could require the intervention of a specialized weight loss center to break the cycle- much like in addiction recovery.

Food additives are a major culprit. Additives are used in prepackaged foods for many reasons such as thickening, stabilization, and preservation and they can inflict a host of problems on our digestive systems that make weight gain inevitable.

In a 2015 study, researchers found that mice, when fed chemicals that are frequently used in commercial food products experienced weight gain, intestinal abnormalities, hyperglycemia or hypoglycemia as well as a range of other problems. These “emulsifying agents” are used to hold mixtures of food substances together in a way that allows the product to look, feel, taste, and perform as advertised. Without emulsifiers; fat and water, for example, would naturally separate.

Even in cases where a person is not particularly sensitive to these agents, they are still able to trigger metabolic syndrome and a low-level inflammation response. This can cause bloating, elevated heart rate, intestinal discomfort, and pose an existential threat to the necessary flora which lives in the gut.

In the animal studies, additives may have promoted the growth of types of bacteria which eat through the protective lining of mucus in the intestines making all kinds of food-based illnesses more likely to occur.

But these emulsifiers are extremely attractive to the manufacturers of prepackaged foods. Without them, ice cream would freeze solid and lose its creaminess, and many other products would be impossible to keep in the condition displayed on the packaging. While these food items may not need these chemicals to retain their shelf life- many consumers have grown accustomed to getting what they see on the package.

One control group in the animal study was given small dosages of carboxymethylcellulose or polysorbate 80- a widely use emulsifier. Otherwise healthy mice soon began eating more, putting on weight, and develop blood sugar abnormalities which mice in the control group did not develop. And when the researchers examined the intestinal tissue in these mice, they found signs of low-level inflammation.

In humans, these symptoms are related to metabolic syndrome. This is an unhealthy state associated with high blood pressure, low HDL levels, increased levels of triglycerides, and high blood sugar.

Over the course of years eating these chemicals, the effect on humans can be devastating. Heart disease, low energy, high blood pressure, diabetes, cancer, an array of allergy symptoms and more are all associated with the problems correlated to these emulsifying agents.

Humans are not sufficiently similar to mice to consider mice to be a proper analog, so recently the researchers tried these same experiments on pigs- an animal similar in size and diet to humans. The results were similar, but even more dramatic. Essentially, the same maladies developed in the mice were also present in the pigs. But the pigs were much more likely to develop lethargy, their appetites for more tainted food were greater, and the amount of inflammation that occurred would likely be dangerous should it occur in a human.

Much of the food, we consume on a daily basis is loaded with these toxins. To make things worse, few foods with a significant proportion of these emulsifiers contain anywhere near a number of nutrients that they would have if served in a more natural way. This contributes to the feeling of being unsatisfied, even though we are full. And of course, if we do not feel satisfied, chances are good that we will end up eating more.

We tend to eat to comfort ourselves. In addiction psychology, we learn that when we are stressed in any way, we are more likely to engage in indulgent behavior. This is certainly the case with food. As we become increasingly unwell from eating these unhealthy chemicals, we grow accustomed to feeling uncomfortable in our bloated bodies and compromised cardiovascular systems.

What have you experienced regarding food additives and weight gain or loss?
Source: Livescience.com