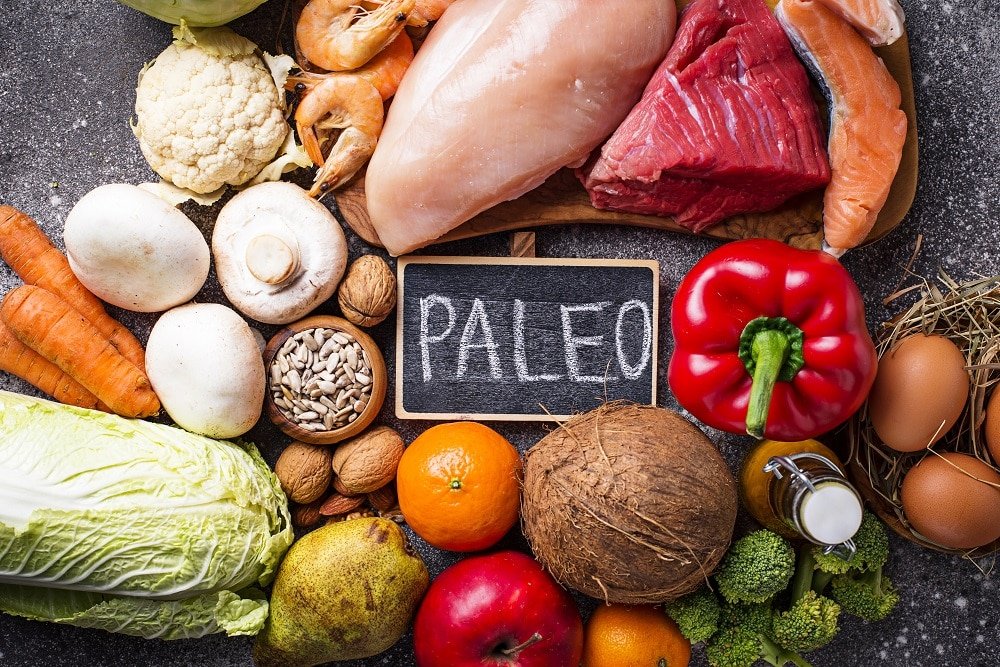 The Paleolithic diet, or paleo diet, has become popular since its introduction to the public by Walter L. Voegtlin in the 1970s. In the years since, many diet gurus have touted the benefits of “eating like a caveman.”

But does the paleo diet really work?

About the Paleo Diet

The paleo diet focuses on food pre-historic humans probably ate during the Paleolithic Era that spanned some 2.5 million to 11,700 years ago. Humans of the time were hunter/gatherers, which meant they ate whatever plants and animals were available to them at the time. Early humans were just inventing basic tools and learning how to use them, so they ate most of their foods whole and unprocessed.

Then the First Agricultural Revolution occurred between 10,000 BCE and 2000 BCE, and it forever changed how humans eat. Instead of hunting and gathering their food, people began to grow edible plants and domesticate animals.

Those who support the paleo diet believe that human DNA has not changed much since the Paleolithic Age, and that the gap between our ancient genetics and modern food is the source of many of the diseases humans face today, such as heart disease, type 2 diabetes, gout and osteoporosis.

On face value, the paleo diet has its merits. The eating plan stresses whole foods, fresh fruits and vegetables, and the elimination of sugar and processed foods. The paleo approach can help reduce sodium, sugar, and exposure to some of the chemicals used in food processing.

People switch to the paleo diet for a number of reasons. Some adopt the eating plan as a weight loss program, while others hope to gain health benefits of the paleo diet.

5 Reasons Why the Paleo Diet Does Not Work

The paleo diet focuses on eating the types of food available before the First Agricultural Revolution, which means the paleo diet does not allow grains, such as wheat, barley, corn, oats and brown rice.

Grains are an important source of many important nutrients, including dietary fiber, several B vitamins, iron, magnesium, and several other nutrients, according to the U.S. Department of Agriculture’s Choose My Plate. A diet rich in grains can reduce the risk of heart disease, ease constipation, and help with weight management. Since the paleo diet eliminates grains entirely, it may increase the consumer’s risk for nutrient deficiencies and other health issues.

2. It is costly and time-consuming

Fresh meats and produce tend to be costlier than are their highly processed, boxed or frozen counterparts, and they often require more trips to the grocery store. Creating meals from scratch also takes considerably more time than grabbing a sandwich or tossing a prepared meal in the microwave.

3. The paleo diet may not accurately reflect paleo life or modern man

Because the Paleolithic Era predates written history, archeologists can only speculate as to the specific foods eaten at the time. Furthermore, the hunter/gatherer lifestyle required almost constant physical activity to find food, kill prey and pick plants; today’s busy work schedules and cultural considerations prevent most people from expending the calories walking around, killing animals and grazing for plant foods all day.

4. It is hard to sustain

The paleo diet is very restrictive – eating nothing but meat and vegetables can be very limiting when it comes to creating a wide variety of delicious, interesting meals. A limited menu can lead to overeating of certain types of food, which can sabotage someone’s weight loss or other dietary goals. While overeating lettuce does not generally pose a problem, for example, eating too many high-calorie nuts can lead to weight gain.

The results of several studies indicate a link between a high intake of red meat and a higher risk of death, cardiovascular disease, and diabetes.

For more information on diets that work, consult with our weight loss doctor at Dr. Urshan Health and Weight Loss Center. We can create a personalized weight loss plan that is delicious, versatile, easy, and containing the right amount of all nutrients to help you lose weight and feel great.